You’ve gained the ability to control the flow of time. You decided to play 3 puzzle games at once, because with great power comes great tomfoolery.

Also play on Gotm.io or on independent hosting!

Multistak (a portmanteau of “multitask” and “stack”) is a puzzle game in which you juggle up to 3 playfields in a hectic game of Tetris. There is only 1 Next Queue between them, and inactive playfields play at 1/8 speed.

The modes are called Singlestak, Doublestak, and Triplestak, which contains 1, 2, and 3 playfields, respectively. All modes start at Level 1 and advance every 10 cleared lines. The game “ends” at Level 20, but you may continue as long as you can last.

The pieces are colored and rotated according to Tetris Guidelines, except for the following: 1) The I piece rotates as in World Rule from the Tetris: the Grandmaster series by Arika, which cause the I piece to rotate symmetrically; 2) Spin moves are judged not by four corners, but by whether or not the piece is immobile after locking (i.e. the piece has no empty space to move up, left, or right). Scoring is also its own.

Default controls are as follows:, but may be remapped.

This game is compatible with computers out of the box, but requires a keyboard or a gamepad on tablets and smartphones.

Available on the following platforms:

Consider donating a couple of arcade credits’ worth if you really enjoyed this game!

Presented by hai!touch Studios (a one-man band by Haley Halcyon).

Tetris and its gameplay are intellectual property of Tetris Holdings LLC. hai!touch Studios is in no capacity associated with Tetris Holdings. This game is presented in good faith that it falls under Fair Use, specifically under parody and artistic expression. 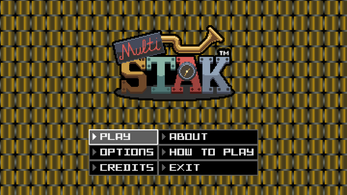 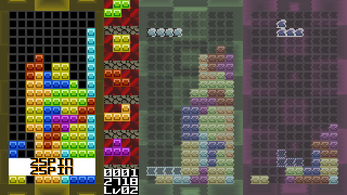 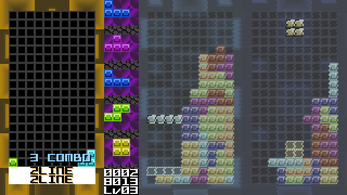 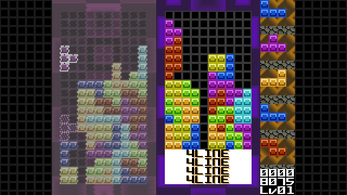 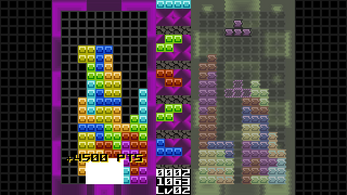 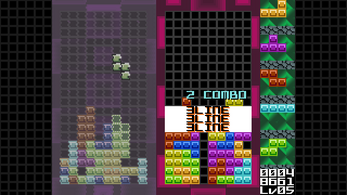 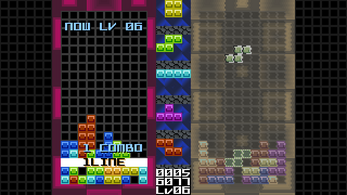 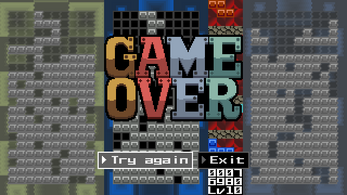